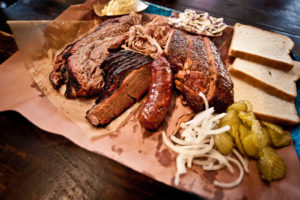 The Top 50 Barbecue Joints in Texas! by Texas Monthly Staff,  Tue May 14, 2013 5:15 pm   The List: The Top 50 Barbecue Joints UPDATE: If you follow @TMBBQ's Twitter account (and if you're reading this, you should), then you'll know that the best joint in the state is Franklin Barbecue. Rounding out the rest of the Top 4, in alphabetical order: Louie Mueller Barbecue, in Taylor; END_OF_DOCUMENT_TOKEN_TO_BE_REPLACED 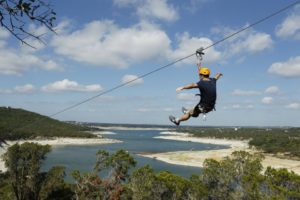 PREPARE YOURSELF FOR THE ADVENTURE OF A LIFETIME! Zipping across incredible Canyons and Lake Travis inlets, your Lake Travis Zipline experience offers unmatched Thrills and Chills! The 3 hour Adventure has 5 zips ranging from 250 feet to over 2800 feet. While waiting between each zip, you will enjoy amazing views of Lake Travis and the Texas Hill Country. Your professionally END_OF_DOCUMENT_TOKEN_TO_BE_REPLACED

HomesAround Austin & Thinkin Dripping Cook Off Team to raise funds for Wounded Warriors & IFHF this weekend at Dripping Springs Founders Day Cookoff   This year at the Dripping Springs Cook off we will be serving Beef Brisket, Sausage, Pork Ribs, Chicken & Fahitas! We will be cooking in the cook-off competition for local bragging rights & competitive banter :) .... We END_OF_DOCUMENT_TOKEN_TO_BE_REPLACED

Dripping Springs -  A guide to Drinkin’, Sippin’ & Dancin in Drippin’ Original Article from: www.ThinkinDrippin.com No, it's not a typo or been drinking too much. Dripping Springs locals drop the G. And pronounce Dripping as Dripp-in (with just a slight drawl). In the last few years Drippin has transformed from "dry town" to allowing the general public and residents to purchase alcohol END_OF_DOCUMENT_TOKEN_TO_BE_REPLACED

California's Population Is Moving Out, Texas is #1 Choice for relocation. About 100,000 more people moved away from California in 2011 than relocated to the Golden State, according to the latest report from the U.S. Census Bureau. The trend can be explained, in part, in monetary terms. Even in an economic boom, the cost of living in California has increased; prompting people to move out, and, END_OF_DOCUMENT_TOKEN_TO_BE_REPLACED

Austin is America's fastest growing city Austin Business Journal,  January 2013 Austin took the top spot for the third year in a row on Forbes’ list of “America’s 20 Fastest Growing Cities.” The Capital City is an economic powerhouse thanks to the 51,000-student University of Texas at Austin, a bevy of Silicon Hills startups and the presence of mega corporations like Whole Foods END_OF_DOCUMENT_TOKEN_TO_BE_REPLACED

Contact Us
Listing Alerts Your Home's Value
"To quote Ralph Waldo Emerson, “the reward of a thing well done is to have done it”. Margery Warren, you are amazing!  Thank you for everything you... continued"
- Thank you Margery Warren!
View All